COMPLIMENT OF THE SEASON

Marriage is a age-long affair, it is something meant for a man and a woman, to unite them and to give them the opportunity to progress together in life. But despite all the sermons, preaching and enlightenment about marriage, so many young ladies out there seems to have wrong picture of what marriage is all about, and that has lead most of them into marrying wrong people.

As a young woman looking forward to marriage, not just marriage but the ideal one, you mustn't let weird mentality hinder you from choosing a rightful partner. Your attitudes, your way of thinking should all go in the right direction, and most importantly you shouldn't let what others say deter you from making rightful decisions.

There are 4 weird and insensible mentalities that contribute to most young ladies marrying wrong men, and the bitter aspect of it is that most of them are ignorant of that. They inculcate that mentalities into their life, without knowing fully how they affect their marriage life. As a young lady, it is pertinent that you pay attention to this article and learn something that will help your marriage life forever.

4 Mentalities that make most young ladies to marry wrong partner

#1. They forget about love entirely, and keep chasing money instead of the two

Most young ladies have established a norm that before they marry any man, he must not only be financially stable, but super rich. This mentality of marrying rich men has not only lead a lot of them into marrying wrong people, but also hinder some of them from marrying at all. If everywoman wants to marry the super rich, who will now marry the average rich men or let alone the poor guys? Money is very important in making a happy home, but love should also be present.

Money is important, but being too greedy may lead to regret at last

As a lady, you shouldn't be warding off those men that come to ask you out because of money. Even though some of them are not so rich, you should know that before any man comes to marry you, he must have made sure that he is financially stable. You may miss out on your rightful partner because of that weird mentality, and you may regret it all your life. Learn to balance the equation, learn to weigh your options properly.

To my best knowledge, I believe there is no perfect man on earth, likewise perfect woman. Every man has his own good qualities and his flaws too. But unfortunately, most women cross their legs waiting for perfect men to arrive, and at last they are left in the dark. "I want my man to be tall, handsome, have pointed nose, super rich, fluent in English, with University certificate" etc, those wishes can never be met, and is high time women know that.

There is no perfect man on earth, unless you want to remain single

As a young lady, inasmuch as you have your choice, the kind of man you want to marry, the kind of characters you want in him, yet you should try to understand that there is no man who can meet all your choices. Forget about perfect man, give any man that your heart accepts, a chance, give him a chance so that you two can progress together in life. Don't miss out on your man because of that weird mentality, you will see yourself in wrong home if you continue to think in the wrong direction.

#3. I will never marry a man from this state or town

Most women are victims of this mentality, they tend to believe that there are states which produce better men than others. They create a very big hatred and detestation in men from a particular state of origin, no matter how good they are. That has not only hinder a lot of woman from marrying on time, but also make them to end up marrying wrong people.

Don't be too choosy unless you want regrets

As far as good characters and good men are concerned, there is no state or town you can't find them. They are numerous, and it only takes a woman with good eye to find them. Those places that most women believe good men come from, bad men come from there too. Ones a woman fixed her heart on a particular state, she cannot see good things in men from other state. Guess what, it leads to regrets at last, as that men they married from their place of choice, end not being what they believed them to be.

#4. Having a particular age in mind, for the man they want to marry

This mentality has hindered a lot of women from marrying there rightful partners. Age is very important in marriage, but a woman shouldn't be bent on marrying a man who is of a particular age. The main thing to look out in men is their level of maturity, competence and financial stability. There is no sense in refusing a man of 35 years, because you want to marry a man of 30 years.

Age shouldn't be a barrier to marrying your rightful partner, it shouldn't come as a priority, it is very important to have the right mindset, and weigh your options properly. Don't underestimate any man, don't look at a man with contempt, don't think he is too old or too young to marry you. Remember that I didn't say that age is not important, the point there is that age issue shouldn't come in detriment to your chances of marriage success.

Avoid those mentalities that might make you cry at last

In marriage, good times and bad times are all experienced. No matter how you choose your partner, no matter your mentality and how good your man is, there are times when trouble will surface. It is pertinent that you choose your man properly, avoid those mentality that will lead you to marrying wrong person. This article has succeeded in listing those 4 Mentalities in question, try to avoid them at all cost. 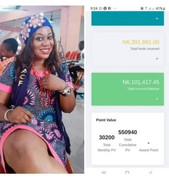